As an up and coming Call Center Services destination, Egypt serves as a technology hub for the entire Middle East and African region. Its strategic geographical location 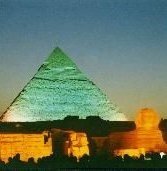 makes it the link between northern Africa and the Middle East, as well as Europe and Asia. It is the chosen destination for many multinational companies who designate Cairo as their regional headquarters.
Egypt's Call Center Services market attractiveness has not gone unnoticed and has shown incredible progress that shows no signs of slowing down. A large number of multinational companies have chosen Egypt as the destination of their call center investments and operations.

This can be seen as a direct result of the favourable exchange rate vs. international currencies thereby making it attractive for foreign investment, Egypt's business climate, the availability of low cost highly skilled call center services personnel, and a supporting emphasis by the Egyptian Government on IT infrastructure availability as well their encouragement of establishing call centers. This encouragement is most evident in the Egyptian Government's policy of providing special discounts on traffic resulting from international call center services

Egypt lies in the south-eastern corner of the Mediterranean, situated ideally at the crossroads of three continents and at the centre of global communication networks thereby making it a highly attractive location for providing international Call Center Services.

Egypt's economy is outward oriented with exports and imports of goods and services. The Egyptian pound is the country's legal currency. Historically, it has been pegged to the US dollar. In an effort to gradually implement a market-determined exchange rate, the government has broadened the band on either side of the core rate in which it allows the currency to trade. The current exchange rate is expected to slowly devaluate against the US Dollar. The rate of Egyptian Pounds to the US Dollar has gone from L.E. 3.47 to L.E. 4.80 in the span of twelve months thereby making foreign investments highly appealing.

The Egyptian Customer Services Representative comes from a young and well-educated population, which provides a pool of competitively priced and reliable labour; relative political stability; and a prime geographical location.
There is an annual flow of approximately 163,000 university graduates (1998/99) and 262,000 graduates of secondary general education (1998/99), in addition to 574,000 technical education graduates.
Although Arabic is the official language in Egypt, Egypt is known for its educational system that graduates student who can speak fluent English, French, and German languages thereby providing excellent dialects reminiscent of these countries.

In order to increase Egypt's international connectivity to serve the Internet and Call Center Value Added Services, TE in 2000 contracted with FLAG Telecom, and other leading network providers, for Europe-Asia, and USA underwater cable system between Alexandria and New York, passing through the UK, to provide fast, reliable network offering advanced and cost effective network services. Also International Tariffs were reduced in 2000 by 60%.
With the largest bandwidth in the region, at an index of 2.11, Egypt also tops the rankings among Arab and African countries in terms of its fixed telecom network. Still, while the Egyptian telecommunication sector is one of the most developed in the MENA region, the goal of the Egyptian government is to create an industry that is at par with those of in developed countries.
The ministry of communications has invested $1billion in upgrading the core backbone and IT infrastructure of the entire country in order to increase the capacity, expand the network and support voice and data services.

The third-party logos displayed on the website doesn't belong to us and they are displayed purely for representation. The possession and copyright of Logos belong to their respective organizations.